Why Remote Work Is in Demand Worldwide — The Motley Fool

By Digital Nomads HubNovember 10, 2018 No Comments

Happy workers stay at their jobs longer. That saves companies money, as they don’t have to worry about hiring or training new workers nearly as often.

In fact, companies that offer at least some form of remote-work option have 25% less turnover, according to 2017 research from remote video-conferencing hardware maker Owl Labs. Over half (56%) of companies globally offer full- or part-time options for working from home, according to Owl Labs’ new “Global State of Remote Work” report.

That breaks down to 40% that offer employees a hybrid office/remote option, and 16% that have fully remote workforces. The remaining 44% require employees to work from an office. 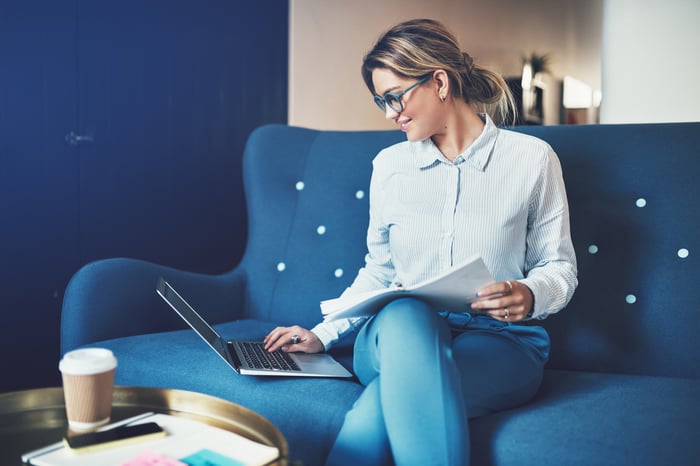 “The #1 reason people choose to work remote is increased focus/better productivity, which was the #3 reason last year,” according to the research. North American workers had the same top answer followed by not having a commute in second place. Not having a commute was more valuable to workers in North America than those on any other continent. 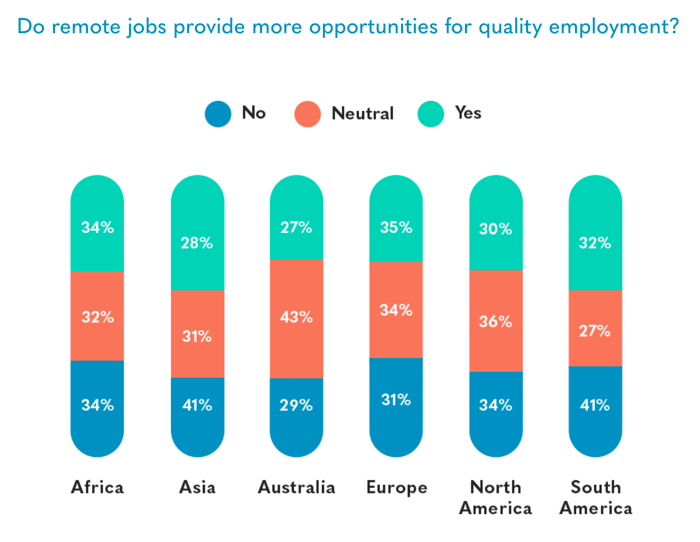 As you can see above, only about a third (35%) of those surveyed (with numbers varying by continent) believe that there are good jobs available to those who want to work from home. Companies may be making a mistake in not allowing remote work at least sometimes, because workers who work from home at least once a month reported being 24% happier than those tied to an office full-time.

What should companies do?

In the United States, the labor market has become quite constrained. Unemployment has hovered at or near record levels, and there are more job openings than there are workers to fill them. That makes it essential that companies both retain employees and have the ability to easily recruit new ones.

Obviously, some positions cannot include remote work. You can’t be a remote factory worker or a remote cashier in a practical way. In other fields, there’s a value to being in the office, but offering one day of remote work a week or even month likely won’t upset the overall company dynamic.

People value flexibility. Offering it — even a small amount — can improve workers’ lives and tighten their bond to the company.