By Digital Nomads HubSeptember 22, 2018 No Comments

As the market sentiment is clearly turning bullish it is very important to begin targeting promising cryptocurrencies before their initial pump in value.

4 Cryptocurrencies to Watch in Q4

The prior two weeks VIBE and TRIG were highlighted for their upcoming news and undervalued nature. These 2 coins provided returns in excess of 100% and 250% respectively in the following 72 hours. The remainder of 2018 has four more promising projects that are currently all significantly undervalued and about to reach important milestones. These coins are INS, XRP, ANON, and ILK.

INS 00 is the favorite cryptocurrency project of the King for multiple reasons. It is predominantly traded on OKEx and Binance with a market cap of $8.6 million. There are two important things to notice about this prior sentence: 1. A coin with a market cap of under $10 million is trading on 2 of the top 5 exchanges, and 2. At $0.285 it is one of the cheaper options on both exchanges for those looking for low Satoshi coins.

On January 12, 2018, INS was trading above $10 per coin (near its ATH). Given today’s pricing, INS would be a 35x candidate if it reaches near its ATH ever again. Whether it reaches $10 per coin is a stretch, but with an ambitious quarter 4 planned, a strong team, and their platform release, INS is likely to produce returns exponentially higher than BTC and is the Top Undervalued Project for Quarter 4 2018.

What makes INS the best Q4 cryptocurrency project is a culmination of its significant undervalue coupled with its partnerships, team and, Q4 roadmap.

INS has a team made up of professionals from Goldman Sachs, Harvard Business School, and IBM. Their premier partners are Ambrosus, Civic, Bancor, Wings, and Blockchain Ventures. They’ve already received overwhelming interest from manufacturers that are on par with U.S. manufacturers but located in Eastern Europe: Borjomi, Calgon, and Vanish.

So what is the point of INS? It is a global decentralized platform that allows consumer goods manufacturers from any part of the world to sell directly to consumers by bypassing offline and online retailers. This makes the goods cheaper, streamlines the process, and guarantees the authenticity and quality of each item.

Utility, utility, utility, there is clearly a global market, estimated into the billions for delivery groceries while removing the middlemen. However, can INS pull off this feat on the blockchain? If they can, reaching new ATHs should be feasible. By the end of Q4, INS is planning on rolling out their platform for consumers and manufacturers bringing utility to the INS coin and legitimizing INS in the long term.

In other words, INS is the Top Undervalued Project likely to produce significant returns because their long-awaited platform is finally complete. Their partners are some of the most important names in blockchain and the manufacturers showing significant interest are some of the largest in the world.

Look for INS to produce returns far greater than BTC 00 and the majority of the crypto market; 35x (3500%) may be considered a bit high, bringing INS back to its prior all-time high (ATH). However, 3-10x in the short term could be very likely for a coin adding utility with already well-established partners, manufacturers, and liquidity pools on exchanges.

There is no reason INS should have a market cap under $10 million and it is likely by the time those reading this article understand the importance of INS’s next 3 months that the market cap will no longer be under $10 million. The utility of the INS token becomes real, their team is stacked, their platform is released this quarter, their partners are notorious, and they are 90+% down from their ATH.

If I am to focus on small-cap coins that can provide 10-30x returns; I also find it imperative to also focus on at least one of the top 10 coins by market cap. Which of the top ten cryptocurrencies has the highest likelihood of appreciating the most during Q4 (bull-run or not)?

XRP 00 seems to be the best candidate for a plethora of reasons. The two most important reasons are their community who are absolutely die-hard XRP fans and their partnerships.

XRP has more utility and Ripple has more partners than almost any cryptocurrency (it may be the leader). Their devote followers are still convinced any minute XRP will be added to Coinbase. While the Ripple team continues to add partners who are the most respected in finance.

The list of Ripple’s partners and those implementing XRP is literally endless and continuing to grow. For those investors focused on partnerships, utility, and market saturation look no further than XRP. Bitcoin Cash will continue their battle with BTC and it wouldn’t surprise me if BTC trailed north of $10,000. However, coins like XRP and INS could see returns multiple times higher than that.

XRP was trading at just under $4 during its ATH, which was likely caused by all the Coinbase speculation. $4 seems a bit excessive especially because that means XRP would have to do approximately a 12x from its current price. I do not foresee any of the top 10 cryptocurrencies increasing by more than 400% in Q4 of 2018 even with a bull run.

This is to the contrary of coins like INS or ANON which could much more easily see 10x returns due to their miniscule market caps and strong outlooks.

Swell 2018 in San Francisco, which is held by Ripple will occur on September 30th – October 2nd. This will likely be the first of many catalysts pushing XRP higher during quarter 4. Any shift in market sentiment coupled with new partnerships will provide XRP the boost their community has been so enthusiastic about.

XRP seems most likely to take advantage of any upcoming shift in market sentiment as they are a favorite among their followers and have market saturation through partnerships that are unparalleled amongst the other top 10 cryptocurrencies.

Regarding cryptocurrencies in the top 10 overall by market cap, XRP is the Top Project for Q4.

I by default am a bit bias toward ANON which is why I decided to place it last amongst the cryptocurrencies currently on this list. I founded the concept of ANON, a fork of ZCL and BTC (with masternode staking) in April of 2018 and after a summer of very hard work the fork successfully occurred September 10, 2018. What makes ANON so unique for Q4 actually has nothing to do with myself being the founder of the project.

Being a fork that recently occurred there is general uncertainty surrounding it. However, this uncertainty should be immediately put to rest with Cryptopia, Tradesatoshi, and Safe.trade all listing, supporting, and actively trading ANON.

Cryptopia’s markets open Monday morning while the others are currently live. Our advisors along with our core team are continuing our outreach to further expand our liquidity pool by adding more top exchanges. ANON’s advisors include Steven Nerayoff (the legal architect of the ETH ICO) and Ran Neu-Ner (CNBC Crypto Trader). With ANON having been successfully distributed to ZCL and BTC holders, it is time to begin setting up masternodes and adding real utility to the ANON platform.

That means every 30 hours approximately your MN (500 ANON) will earn you 17.5 ANON. This extrapolates to a current rate of return for ANON for the year above 5,000 ANON. Masternodes currently are returning over 1000% ROI on a yearly basis.

With masternodes (MNs) returning such a high percentage it is likely a significant number of ANON are removed from the circulating supply and placed into MNs. This will lower supply while increasing demand for ANON specifically for MNs.

Masternodes are not the only reason ANON will have an impressive quarter 4. Recently, ANON announced a partnership with General Bytes ATM, the leading blockchain and technology provider to ATMs worldwide. ANON will be available for purchase and sale at ATMs around the world beginning in the immediate short term.

Recently ANON was added to Blockfolio, CoinGecko and will soon be listed on CoinMarketcap. This demonstrates the cryptocurrency communities desire to monitor ANON’s price movement and solidify it as a project. The coin listing sites do not list every coin and take offense to those that seem fraudulent. With listings on exchanges, wallets and pricing sites ANON seems to have enmeshed itself into the crypto community.

ANON has also set up multiple mining pools and one-click masternode services that will allow individuals to take advantage of the high block rewards for both miners and masternode holders. The community has access to wallets, exchanges, masternodes, mining pools, with plenty of more announcements for the remainder of 2018.

The tech is as important as exchanges and a community. The lead devs are focused on implementing lightning prior to the end of Q4 with many other surprises in store regarding platforms to help utilize ANON’s use. The community was so enthusiastic about ANON’s original bounty, that a Bounty 2.0 has been brought back to continue community involvement.

Closing out Q4, ANON has one last major event. ANON intends to burn all the unclaimed ANON on January 1, 2019. With more than 4 million BTC expected to be lost forever, and a huge percentage of ZCL remaining on the Bittrex exchange during the fork there should be a surprisingly large number of ANON being burnt January 1, 2019. The team predicts this number could exceed 10 million ANON, decreasing circulating supply by 25%.

Economics 101 teaches us that when supply is decreased during a period when demand is rises, price should go up. Quarter 4 has many catalysts that include, masternode return percentages, utilizable platforms, upgraded tech, partnerships, big exchanges, new listings, and a token burn to round out the year on a positive note.

Admittedly, I am biased toward the project I founded. However, even if I had no association with ANON, the ridiculously high masternode returns, token burn of what will likely amount to 25% of the total ANON, new listings, new partnerships, advisors, and the development of utilizable platforms makes ANON a cryptocurrency worth targeting in the immediate short term.

This report would not be complete without mentioning a new ICO that has truly sparked the King’s interest. With almost 3 months and no ICOs discussed it is time to begin analyzing the “new coins” in the space. The INLOCK platform and its “ILK” token is a unique ICO that is occurring at the perfect time. 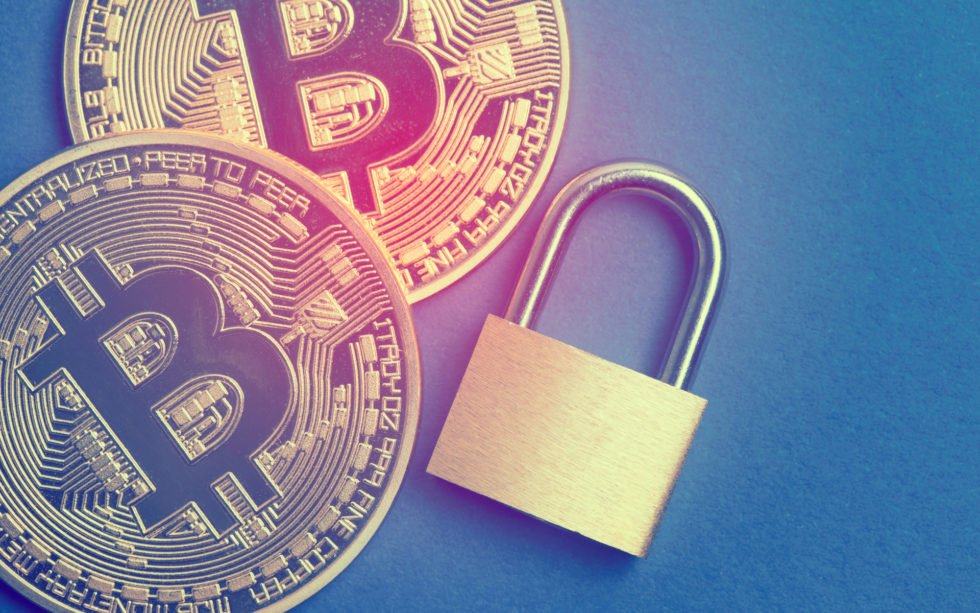 With Bakkt, ETFs, exchanges doubling their employees, and regulations being formulated by regulatory bodies there are multiple catalysts increasing demand for crypto lending. ILK looks to capitalize on this spendability problem and how crypto-collateralized loans can actually add stability to the global economy.

ILK raised over $2.5 million during their private presale. The soft cap of ILK is $15 million and even in a bear market, it is likely to be attained in short order. ILK already has a working prototype to be viewed on their website. Considering it is the beginning of the ICO sale, ILK is still offering a 17% referral bonus, which demonstrates that even early investors are not given ridiculous 100% bonuses.

With a strong roadmap, concept, team, and strategy, the only thing holding ILK back is the current bear market. Will we catch a bull market run in quarter 4 of 2018? Well if we do, all these “forgotten” ICOs will be remembered like ETH was 6 months ago.

[Disclaimer: Jake the Crypto King is part of the ANON project and the views expressed in this article do not reflect the views of Bitcoinist and should not be taken as financial advice.]

To read the King’s prior articles, to find out which ICOs he currently recommends, or to get in contact directly with the King, you can on Twitter (@JbtheCryptoKing) or Reddit (ICO updates and Daily Reports). The King is the founder of ANON and actively trades cryptocurrencies.