Investors who’ve shied away from cannabis out of concern about whether legalization will be good for Canada should consider buying in to help shape the industry and how it operates, say experts in so-called impact investing.

While there’s been no shortage of excitement around pot stocks as the legalization of recreational cannabis use approaches on Oct. 17, uncertainty around issues such as the legal implications around crossing the U.S. border have kept major players out of the game, said Vinay Shandal, managing director of the Boston Consulting Group (BCG) in Toronto.

“You have banks that are refusing to lend into the space in part because the U.S. has a very different regulatory framework for it. The states are all over the place in terms of the degree to which it is or is not permitted, so banks that have business dealing in these markets are being careful,” he said.

Other important investors — including Canada’s big pension funds — may stay away out of concern that legal cannabis poses potential health risks tied to addiction or that it gobbles too much energy.

But they won’t be able to address those issues by holding their noses — or their wallets, said Shandal.

Impact investing is the practice of using investor influence to advance progress on environmental, social and governance matters, hence it’s often referred to as ESG investing.

These kinds of investments exist on a spectrum. Some are only slightly less altruistic than pure philanthropy — for instance, some might invest in low-cost private education in the developing world that nets only a small return but a big sense of purpose.

On the other end of that spectrum are the investor-influenced business practices that benefit both the bottom line and environmental or social outcomes.

Since the cannabis industry clearly won’t disappear, staying away would be a missed opportunity for Canadian pension funds, says Vinay Shandal of the Boston Consulting Group in Toronto. (Jonathan Hayward/Canadian Press)

Take the example of a high energy-consumption business that needs to lower costs, said Shandal. It could do so by laying off workers, squeezing suppliers, using cheaper materials — or by becoming more energy efficient.

“If I’m an ESG focused investor, I’ll push the company to prioritize the cost lever that’s based on energy efficiency as opposed to a head count reduction or procurement savings.”

A July report on the cannabis industry by Sustainalytics, a firm that rates the sustainability of companies, gave failing grades on energy use and emissions to what were Canada’s four biggest cannabis companies at time: Canopy, Aurora, Aphria and MedReleaf. (Relative newcomer Tilray, which went public in July, has since surpassed Canopy to become the world’s most valuable cannabis company.)

But it would be a miss for Canadian pension funds to stay away because of this poor track record, says Shandal. “The biggest risk for investors is to say we’re not going to get in,” he says. Investors would miss out on good returns from a high growth industry in which Canada is poised to be a global leader, and they also won’t be able to hold companies to account.

He said companies who want to see the cannabis industry improve its energy efficiency and promote responsible distribution and use of the product won’t influence its development by “standing on the sidelines.” 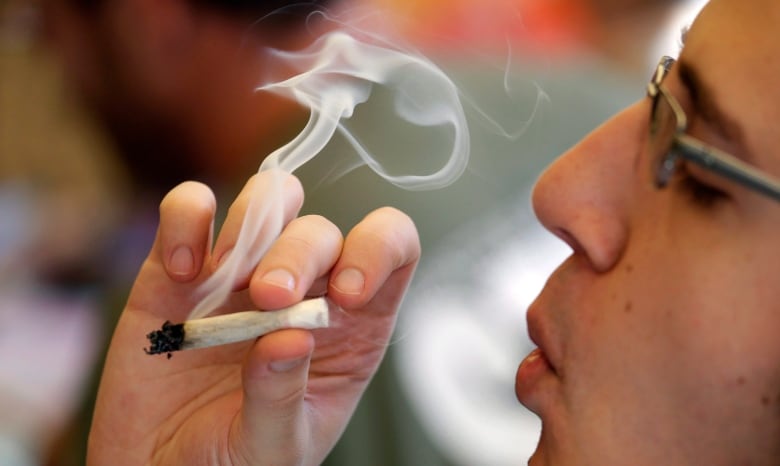 “As institutional capital starts to flow into cannabis companies, I would expect to see greater shareholder scrutiny of their corporate governance, energy use, waste management, and other ESG metrics,” he said in an email to CBC News. “A company is more than just the numbers, and these factors can help to identify resilient, well-managed companies.”

Because recreational cannabis is still illegal, most institutional investors haven’t yet taken a public position, he said. “As the space evolves, responsible investors who invest in cannabis companies will integrate ESG factors into their valuation models, and some may go a step further by engaging with these companies to strengthen their sustainability performance.”

“At this early stage there is an opportunity for [cannabis] investors to ask these companies to report on their impact, including their energy usage, their water usage, their hiring practices and their impact on community,” said Spence.