Brussels has warned it will hit back at UK nationals living on the continent if Britain imposes stricter immigration controls on Europeans post Brexit.

But Guy Verhofstadt, the EU Parliament’s chief negotiator, has warned that any fresh restrictions placed on Europeans in the UK would apply vice versa.

In a letter to Home Secretary Sajid Javid, he also warned the EU will oppose any attempt to give EU workers different settlement rights according to their nationality and skills.

The letter highlights the gulf which still exists between leaders in Brussels and the UK as Mrs May scrambles to try to get a Brexit deal done by November.

It comes after Mrs May’s senior team agreed that the immigration system should be changed  after the UK leaves the bloc should not discriminate against nationals from the Commonwealth or elsewhere. 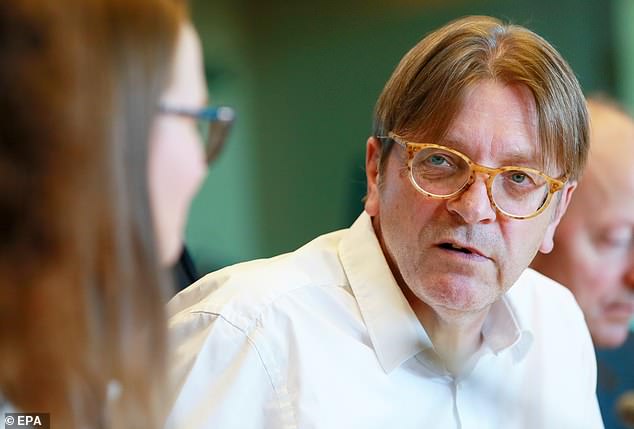 Guy Verhofstadt (pictured at the EU Parliament on Wednesday)  the EU Parliament’s chief negotiator, has warned that any fresh restrictions placed on Europeans in the UK would apply vice versa

There will also be tough curbs on access for low-skilled workers designed to bring down overall inflows towards the government’s 100,000 a year maximum target.

The new plans are expected to be highlighted at the Tory Party conference in Birmingham this week.

In his letter to Mr Javid, obtained by The Guardian, Mr Verhofstadt, wrote: ‘We know this matter was discussed in cabinet on Monday and that it will be the subject of a further white paper to be issued shortly.

‘We await to see the details of that white paper on what will be an important element of a future EU-UK association agreement.

‘The [European parliament’s Brexit steering group’s] initial thinking on this was that while we would be open to a variety of different mobility arrangements, it would be difficult for the parliament to agree to arrangements that were discriminatory in terms of nationality or type of employment. 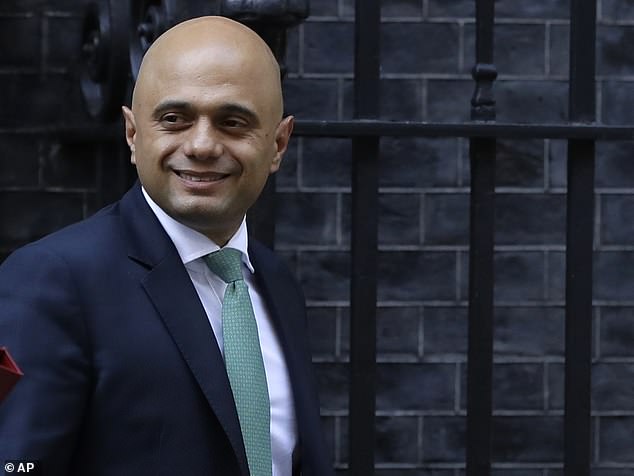 ‘It was also our strong view that whatever was finally agreed with respect to EU citizens wishing to move to the UK would apply reciprocally to UK citizens moving to the EU 26.’

And he hammered home the point on Twitter – tweeting a link to a report on the letter.

He added: ‘We should be breaking down walls, not building them. Enhancing rights, freedoms & opportunities for our young people instead of limiting them.

‘A discriminatory post-Brexit immigration policy for EU citizens would be reciprocated & we would all lose.’