By Digital Nomads HubOctober 23, 2019 No Comments

The crypto market is bleeding across the board. Major cryptos like Bitcoin and Ethereum fall overnight while Bitcoin Cash engaged the reverse gear during Wednesday’s European session. From an opening price of $226.97, BCH ascended to an intraday high of $227.76. Lack of action towards $230 (target resistance) armored the bears with the tools of attack.

ETH/USD surrounded $170.00 support amid massive sell-off on the global cryptocurrency market. ETH, the second digital coin has lost over 4% of its value in recent 24 hours to trade at $167.00 by press time. The coin tested int intraday low pf $164.34 during early Asian hours, which is the lowest level since September 27.

During early Wednesday hours, ETH/USD  tried to develop a recovery after a sharp sell-off; however, has faltered at $167.00. From the short-term perspective, the coin consolidates the recent losses and remains vulnerable to bearish pressure. Bull’s inability to push the price above the resistance area bodes ill for the short-term forecasts. 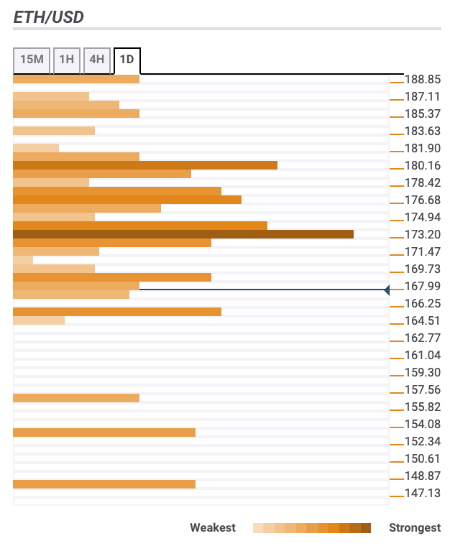 IOTA, the 17th largest digital asset with the current market value of $745 million, has been moving in a tight range recently. The coin has lost 1.8% of its value on a day-to-day basis amid global sell-off on the cryptocurrency market. At the time of writing, IOT/USD is changing hands at $0.2690. off the intraday high of $0.2739. The coin recovered from the recent low of $0.2400 touched on September 24; however, the upside momentum has faded away.

Space Investing Doesn’t Have to Be Rocket Science. Here Are the Basics.