Best Augmented Reality Apps To Watch Out In 2020

By Digital Nomads HubFebruary 14, 2020 No Comments

Augmented reality is a powerful technology that is proving itself as one of the best tools to be used in our daily lives. Right from the social media filters to augmented complex surgical procedures, AR technology is growing and finding applications in almost every area. It brings virtual reality into the real world, which ultimately renders an exceptional experience of things we see, hear, and feel.

There is a never-ending scope for augmented reality in this ever-evolving tech world, which you can experience by exploring the best AR apps. AR apps have become a growing trend that keeps on expanding and enhancing the virtual view by offering a composite view to the real-world aspects.

Why Do We Need Augmented Reality?

We start counting and we’ll find way too many augmented reality uses. It makes all the sense why companies have begun using the technology. Today, we’re getting games and other augmented reality applications and that is trending to a great extent.

So in case you’re wondering which are the best augmented reality apps today, we’ve rounded up a list of the top 15 AR apps today:

One of the stands out platforms when it comes to designing and improving homes, Houzz is easily ranked as one of the top augmented reality apps because of its exciting features and ease of use. Whether you want to re-design, build or decorate for any occasion, the app has it all for you. The best part, you get to choose a location or style as per your preference.

With more than 20 million styles to select from, Houzz could be your go-to choice when it comes to designing your home. For users more accustomed to using the website, the app works pretty comfortably just like the website with menus and user interface of the whole app very convenient to use. It gives the app a natural feel to it and makes it one of the best augmented reality apps. Users will find many swipe options to shuffle between different options in the app. 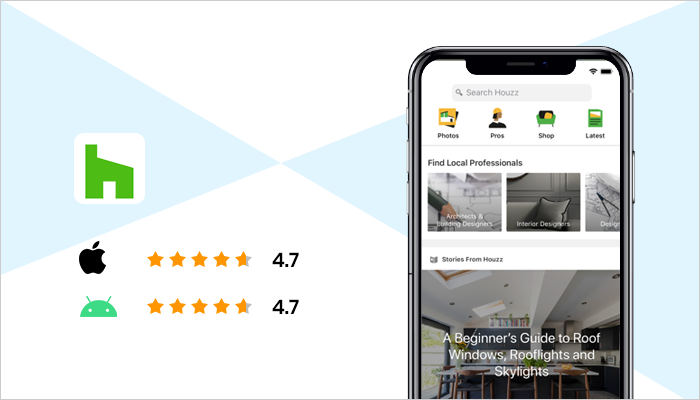 The AR Camera App for Photographers

Are you a photographer or a filmmaker? Then you understand the value of a perfect shot. Easier said than done, getting the perfect natural light isn’t easy. But with Sun Surveyor, one of the best augmented reality apps,  photographers can search for the best location, play accordingly and get the best shot.
The app offers a live camera view with an interactive map, 3D compass and details like never before to know the natural light source in the galaxy, even the moon, and milky way. Even the most knowledgeable of solar experts would find a whole lot of features in the app for them to use. 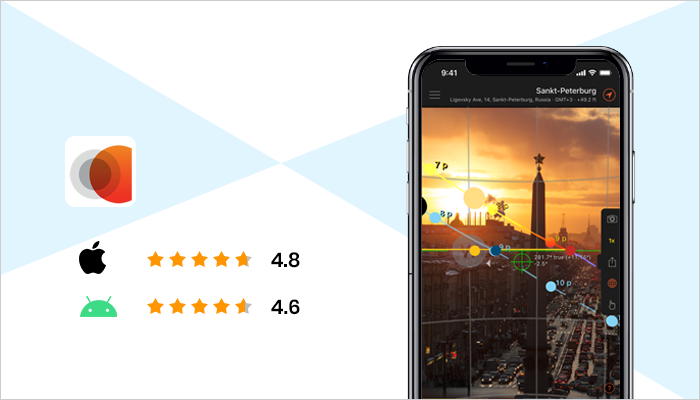 Rated highly by users around the world, this augmented reality app uses your phone’s camera to scan and show animations of the words you’re learning. Users get the benefit of learning any language in combination with the other.

The AR Arcade Game From Ketchapp

An app that soon became popular after its launch and turned into one of the top Augmented Reality apps, Stack AR is a fun game with a real physical feel to it. The play of the game is simple, coloured blocks move to and fro and all you have to do is to form a tower by tapping on each block at the right time.

The inclusion of Augmented Reality makes it even better as blocks fall anywhere on the floor due to wrong taps and cast a shadow that seems very real. It is one of those iPhone augmented reality apps that became number one on the apple chart soon after its launch. 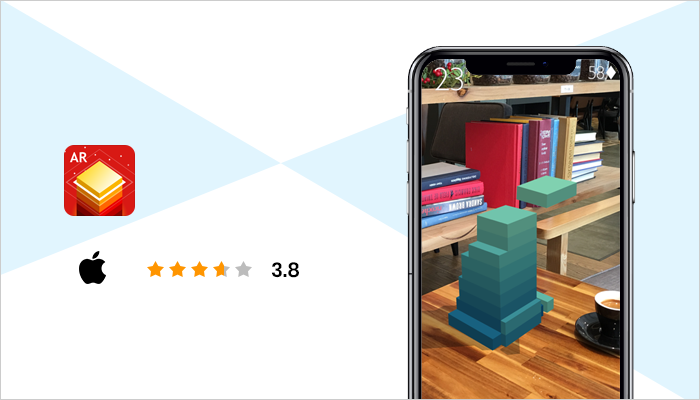 Uncover the AR World of Pokemons

The list of the best augmented reality apps wouldn’t be completed without adding Pokemon Go. It’s an amazing AR game that effectively and quickly captured everyone’s attention and encouraged them to see the gaming world in an enhanced and augmented way.

With its stunning features and functionalities, the Pokemon Go app instantly gained popularity on the app stores and generated huge revenue. 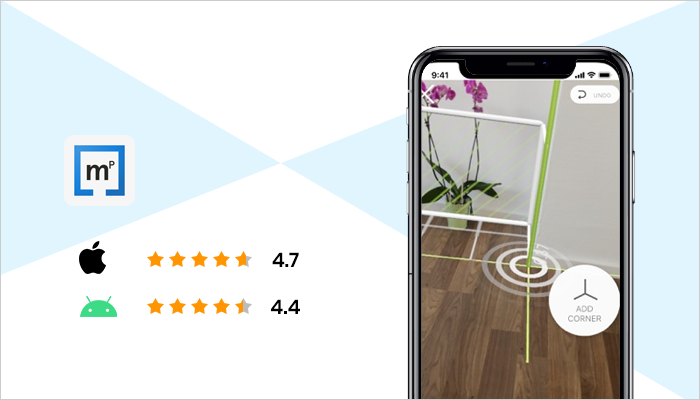 Making floor plans might be a simple task for the architects and professional map makers, but it’s never been easier for everyone. Magicplan is easily amongst the top augmented reality apps for Android and iOS that make it easier to design and measure floor plans for all users. They can now download this app to measure the areas and make floor plans exactly like experts

This app is specially introduced to help contractors and interior designers. Now they can attach the application with their measuring tools to come out with effective designing and floor plans.

The AR 3D Compass App To Guide You

Get accurate guidance on the routes from your current location with this augmented reality compass. Best listed among the top augmented reality apps, AR GPS Compass Map 3D lets you select where you want to start and end the route.

You’ll find it quite simple to use, like the heads-up display guides you to search for the destination by making sure that you’re not lost anywhere in the middle.

Getting inked with different body parts has become a fashion among youth, which also encourages them to make temporary tattoos. Generally, we can’t temporarily ink ourselves with an inkjet printer; thus, no worries we’ve got INKHUNTER for you. It’s one of the best AR apps for Android and iOS that can be used by users to get a tattoo in augmented reality.

To use this app’s features, you have to simply put a point anywhere on your body using a ballpen and project a tattoo design that you want to have, making the whole process simple and edging it as one of the best augmented reality apps. 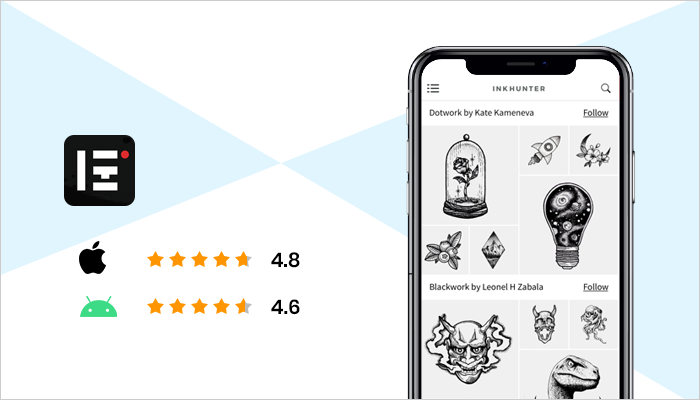 Learn How To Draw With AR

Want to know how to draw with augmented reality? SketchAR is the right tool for you then. It’s a robustly built augmented reality app that uses your phone’s camera to guide you to draw realistic sketches. You only need to follow the instructions to get what you want. 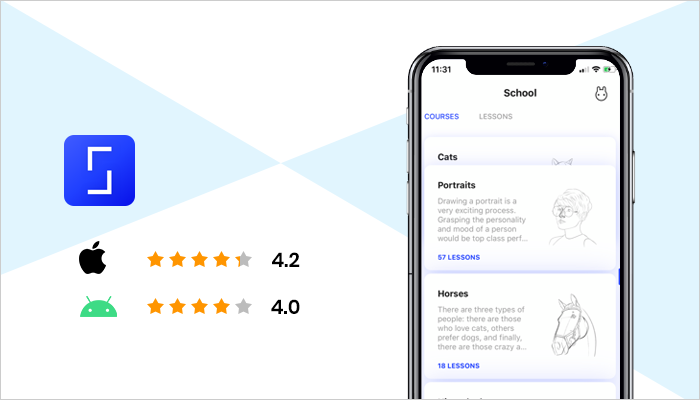 You only need to open this app, capture the text, and wait for the translation results. The converted text allows you to read packaging details, different signs, and even memes if needed.

Holograms for Videos in AR

The World Around You in AR

Another augmented reality game that stands apart, Ingress Prime uses your location data to create a whole game set in AR. The game is rated highly and creates a scene where unknown matters from an unknown origin are taking over the world all around you and you have to find the right tools to take over that power. 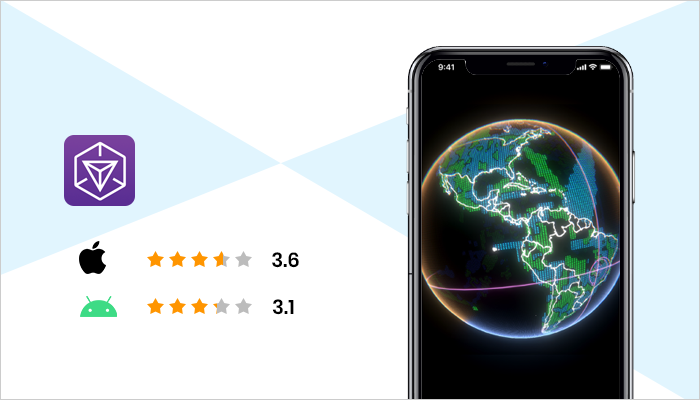 Relive the AR experience through Your Camera

An app that turns your camera into an AR weapon, Onirix provides users with AR content along with 3D, audio and video content. For those enthusiastic about AR, this augmented reality app allows them to create their own content using the Onirix studio and share it with the world. The app is one of its kind with a huge fan base.

Drawing the World with AR

Just a Line is an excellent alternative to the free-hand drawing, which gives users the liberty to draw augmented reality doodles within three-dimensional surroundings of their mobile device screen.

Amongst the best augmented reality apps, Just a Line is fun as it allows users to calibrate the phone’s space with just a tap. All you need to do is hold the finger anywhere on the screen and draw a line with a free hand to augment any of the clicked pictures. 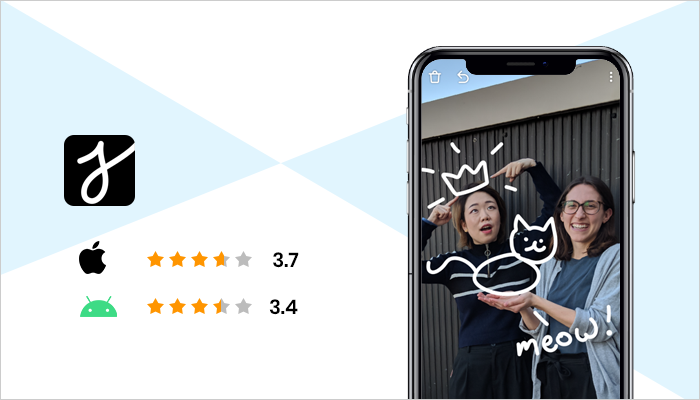 The 3D Colouring You’ll Fall For

Quiver is also one of the fun augmented reality apps for Android and iOS. This is a three-dimensional coloring app that turns colored pictures into appealing animated figures. For users, it’s a fun tool that allows them to convert their images into cartoon characters, animal structures, and many more. 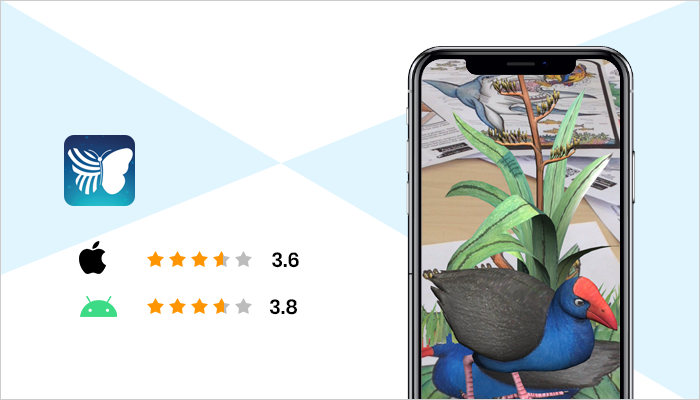 The emerging technology of Augmented reality has been used in multiple ways in the app world, and its use is still growing at a rapid pace. The scope of augmented reality is never-ending, and it is constantly empowering top augmented reality companies to find new ideas to implement in exceptional ways.

If you have suggestions for more interesting apps based on augmented technology, let us know below in the comment section.

Vikram is an experienced wunderkind, who embraced technology at a very early age, and today he is at the helm of it. Mobile apps are something that excites him the most, and now he is up to give this vertical the best shot. He routinely catches up with the new apps and comes up with the top apps that can excite you to the core.

Coronavirus: life after the lockdown