By Digital Nomads HubOctober 5, 2018 No Comments

If you are feeling discouraged by the ongoing bear market and the continuously dwindling interest in cryptocurrencies around the globe, then you should know that you certainly aren’t alone. Fortunately, this article is going to be full of good news about real progress being made in the cryptocurrency world so that you can refresh your enthusiasm to be involved in this exciting space.

For one thing, we can get excited about the fact that it’s finally October. The reason that’s good news is that October through December has historically been the best time period of the year for Bitcoin in terms of price action. And as Bitcoin goes, the altcoins tend to follow.

More importantly, though, there is reason for optimism in that the amount of infrastructure that exists now relative to this time last year is substantially greater. That’s not to say that scalability isn’t still a massive issue, or that user adoption has been a big positive in the last 9 months. Neither of those things is true.

What’s improved over the course of this bear market is that more and more projects have emerged that are building useful infrastructure to bring crypto to the masses. Whether each individual project ultimately gains significant adoption or not, our cumulative knowledge about where we need to go to make mass adoption viable in the future is growing faster than ever before.

With countless brilliant and economically incentivized builders hard at work to develop lasting solutions, the eventual success of cryptocurrencies seems more inevitable with each passing day.

Why These Infrastructure Projects Are So Important

Nearly 10 years into this grand decentralization experiment, the majority of people who own cryptocurrencies fall into one of the following 4 general categories:

A big problem right now is that being a true early adopter — not just a speculative investor — requires an uncommon interest in a niche blockchain application or a basic need for cryptocurrencies that is most likely never going to exist for the typical person.

To give a couple of examples, a true early adopter might be a citizen of a country that has experienced hyperinflation (e.g. Venezuela or Zimbabwe) or a tech-savvy gamer who is so interested in cryptocurrencies that they are willing to settle for playing games that have a well-below-average user experience as long as they are built on top of a blockchain.

If cryptocurrency is ever going to succeed, sooner or later we will need to start adding masses of new users who don’t care about the technology or even need it, per se, and instead just want the best user experience possible.

This article will present 4 cryptocurrency projects that are making it possible to take that necessary next step into more widespread adoption.

4 Cryptocurrencies That Are Building Infrastructure 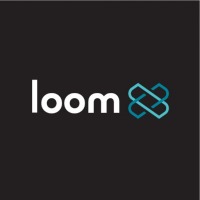 After exchanges and wallets, the 2 most popular types of decentralized applications for the time being are gambling and gaming ones. According to State of the DApps, there are currently 357 gambling dapps and 403 gaming dapps, with an estimated 17,600 and 12,900 monthly active users respectively.

In total, gambling and gaming dapps have accounted for nearly 1 million transactions in the past 30 days alone. But here’s the problem: Ethereum in its current state simply isn’t equipped to handle much growth in those user and transaction numbers.

Considering that exchange and wallet dapps aren’t going to be bringing new users into crypto, gaming and gambling dapps will be incredibly important for achieving mass adoption.

As such, the fact that Ethereum can’t handle much growth in those areas is alarming. Fortunately, a production-ready, Ethereum-based scalability solution for this big problem emerged in 2018.

The solution is called Loom Network, and it has been dubbed “EOS on Ethereum” because it allows for dapps with extremely high transaction volume to be built on Ethereum without causing congestion to the network.

Loom Network works in part by enabling Delegated Proof of Stake (DPoS) to be used as a layer-2 consensus mechanism while still maintaining the guarantees of Ethereum’s base layer Proof-of-Work blockchain. One could easily argue that this actually makes the Ethereum + Loom Network combined solution superior to EOS, which seems to have an endless stream of troublesome news coming out about it ever since its mainnet launch.

In addition, Loom Network was the first project to implement Plasma Cash, a solution that drastically bettered transaction processing speed while also improving security and user experience for dapps.

If games are to be the catalyst for blockchain mass adoption, as Loom Network co-founder James Martin Duffy makes the compelling case that they will, then they need to get a whole lot easier, faster, and cheaper to use. Loom Network’s infrastructure makes that possible today. 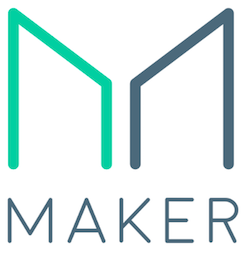 Every blockchain startup is experimental to some degree. With its attempt at creating a functional stable coin, called DAI, Maker is one of the biggest experiments out there.

DAI works differently than previous “stable coins,” the most notable of which is the constant source of FUD that is USD Tether. Rather than simply having collateral for the coin stored away in a safe place, Maker uses complex stability mechanisms to constantly influence the total circulating supply of DAI so that the value of an individual DAI stays relatively constant.

So far DAI has been working as advertised, staying within 1 cent of a $1 value for the vast majority of its existence. This is extremely encouraging considering that the market has been in such a steep decline since DAI became active.

For investors and traders, stable coins may not be all that interesting, considering the lack of opportunity to profit from them. Still, there’s no denying that having infrastructure in place that makes cryptocurrencies easier to use in everyday life is a good thing for achieving mass adoption.

Maker DAI may not end up being the most widely used stable coin in the long run. For that matter, it may not even prove resilient and durable enough to exist at all in the future. Nonetheless, Maker has initiated a process of experimentation with stable coins that now includes numerous other projects, and the odds are higher than ever that a solution will emerge for bridging the gap between the crypto and fiat currency markets.

Bet you weren’t expecting that one, were you? Cheeky as it may be, the reality is that adult entertainment is a massive business that drives innovation in many areas of the tech industry, blockchain included.

With privacy, data security, micropayments, and live video broadcasting all being important features of online adult entertainment, it’s an application where blockchain has lots of promise.

SpankChain is an Ethereum-based infrastructure platform for revolutionizing the adult entertainment industry. Its existing products include Vynos, a peer-to-peer micropayment-processing wallet with tiny fees and zero personal information or credit card data collected, as well as streaming infrastructure for live broadcasting of high-quality video.

The Vynos wallet is integrated straight into the video player, allowing for peer-to-peer connections and payments over WebRTC.

We all want to see cryptocurrencies achieve mainstream adoption. Given that adult entertainment consumers account for quite a sizeable portion of the general population, SpankChain could very well be one of the projects leading the way towards bringing blockchain to the masses.

If you haven’t heard of Swarm before, then buckle up because we saved the best for last! You see, the infrastructure that Swarm is developing has the potential to massively impact not just the cryptocurrency world, but the entire global financial sector.

Swarm is an Ethereum-based investment platform that enables the tokenization of traditional assets such as stocks and real estate, making them more tradeable and more liquid. Importantly, Swarm provides a legal framework to make tokenized securities compatible with regulations around the world.

To make things better, Swarm can turn high fees and complicated legal agreements into relics of the old financial world.

The end result is that a blockchain can bridge the gap between everyday investors and the multi-trillion-dollar private equity sector, turning insider-only investment opportunities with the highest potential yields into opportunities that the general public can participate in as well.

What makes the infrastructure that Swarm is developing (and has already developed) so incredibly promising is that it can change the lives of millions of people, and a cryptocurrency is being used to make it all happen. If that doesn’t say “crypto mass adoption potential,” I don’t know what does.

Stepping back to get a big-picture perspective is necessary every once in a while. After all, we are still in the very early stages of what could be a paradigm-shifting period of technological innovation.

The work being done by Loom Network, Maker, Swarm, and, yes, even SpankChain is helping lay the foundation for mass adoption of cryptocurrencies in the coming years. And with many prices at all-time lows, these projects represent some of the strongest potential for long-term growth.

Loom Network and SpankChain are bringing blockchain to massively popular industries with gaming and adult entertainment, while DAI removes the volatility from crypto so that it behaves more like fiat and Swarm bridges the gap between digital currency and traditional assets.

It remains to be seen which — if any — of those projects succeed in the long run, but there’s no doubt that they are making contributions to the greater cryptocurrency ecosystem now that will be valuable in one way or another for a long time to come.