3 Cryptocurrencies That Could Outperform Bitcoin in the Medium-Term (GO, ICX, ETH)

By Digital Nomads HubOctober 13, 2018 No Comments

ICOs were all the rage at the height of the 2017 crypto bull-run. However, with over 9 months in bear mode, most individuals have forgotten about them entirely. But with catalysts piling up in the short-term, cryptocurrencies that focused on ICOs could make a come back in Q4 of 2018 with GO and ICX leading the charge.

There are literally catalysts piling up on top of catalysts from Yale’s investment in 2 crypto funds to Coinbase having more user sign-ups this year than last. BAKKT is expected to become a CFTC-regulated exchange, founded by the owners of the NYSE. Their first and primary product is Bitcoin Futures. However, the main difference being that each future contract will have to own and hold the underlying BTC associated with the contract.

Currently, futures are traded on the spot price at a specific time. This new platform creates a different market for BTC where traders must actually buy the underlying asset, namely bitcoin; hence the name ‘BAKKT’. This could lead to an immediate bull run for BTC and other cryptos as BTC’s circulating supply is consumed by futures traders.

With major catalysts seeming to be coiling the crypto market spring it is important to analyze what crypto niches and specific coins may provide the highest returns once a real bull market begins. ETH was one of the last cryptocurrencies to fall holding a value over $1,000 into February, and not surprisingly ETH and other ICO related coins (NEO, ICX and GO) have recently bottomed out as well; though they’re yet to recover like some other alts.

With a bull-run seeming imminent, however, GO and ICX are positioned as top candidates to produce major returns while NEO 00 and ETH 00 seem to likely lag due to their inflated market caps.

When compared to other platforms similar to Ethereum, GoChain is second to none. Their market cap is minuscule compared to the other coins on this list giving it significant room for upward momentum. With an $18 million market cap GO is a fraction of ETH and ICX. However, this is likely because of GoChain’s unfortunate timing of having an ICO in the middle of the bear market. Even in the turbulent bear market, they were able to secure a Binance, Bittrex, and Upbit listing.

So why is GO 00 superior to ETH or NEO? ETH has 13 transactions per second (tps) while NEO has 33. GO has 1300 tps. Their consensus mechanism is Proof-of-Reputation, which is vastly different than ETH’s Proof-of-Work and NEO’s dBFT.

On paper, GoChain’s team is one of the most impressive in the blockchain space. Their CEO, which I’ve had the pleasure of speaking to directly, was the former hedge fund manager in charge of over $250 million in assets. Travis Reeder, the CTO, has been building infrastructure and applications for the past 20+ years. He pioneered Iron.io which pioneered serverless cloud computing and 1 million tps.

Matt King is the head of Business Development and a former Harvard Undergrad and Yale Business School graduate who worked for Microsoft and Morgan Stanley. Ian Alexander, Head of Customer Success recently moved from IBM’s Hyperledger to GoChain. If this team is not impressive, there won’t be one in blockchain that ‘does it.’ Their advisory board is as impressive as their core team. However, their tech and tps are what will set them apart in the long run.

GoChain has one of the 3 fastest protocols with a live mainnet in the crypto space at 1300 tps. Transferring between exchanges routinely takes less than 2 minutes. Block times are every 5 seconds with fees of $0.001 per transaction. By the middle of 2019, this number is supposed to increase ten-fold to 13,000 tps. The first 5 projects (ICOs) have been announced on the GoChain platform and each will raise capital in the form of GO tokens (remember what happened when 100 ETH ICOs all took place?). Currently, 15 dApps are built on the GoChain platform with dozens more in the pipeline.

Recently, GoChain announced a partnership with Microsoft Azure to help drive enterprise adoption as GoChain is the only protocol that offers customer support services. GoChain also has their “TurboWallet” which is a P2P crypto payment system with a messaging app built by the GoChain team. Currently, the platform is deployed on Telegram and will be moving to other messaging platforms shortly.

With a team that is beyond ‘stacked,’ a market that seems to be building momentum, the highest tps of any live mainnet in the ICO space, partnerships with Microsoft (and others), listings at 3 top exchanges and a market cap under $20 million. Therefore, GO could see its valuation rise, particularly if overall market sentiment starts to recover. As the bear market has been coiling the crypto spring for 8+ months, coins like GO should be targeted if you believe in the future of ICOs. In my opinion, GO is likely to post the highest returns of any crypto described on this list.

“The Korean Ethereum,” was a great nickname, until Korean’s stopped trading due to regulations. However, this back and forth has taken place for a year and they’ve begun trading full force again. Their beloved ICX has yet to recover as many are expecting. ICX 00 has a market cap of $230 million, which is over 10 times that of GoChain’s. ICX’s market cap is still a fraction of NEO or Ethereum’s but is 1200% higher than GO’s.

ICX has made headlines recently by announcing they were going to use $5 million to buy back their ICX tokens from the market. If a team wanted to “show faith” in their project, how better to do it than actually buying back their tokens? Their team is South Korean based and they have the support of their country’s tech sector (even when the government is not completely cooperating). ICON’s blockchain works as an intermediary between blockchains creating an interoperability potential worth monitoring. 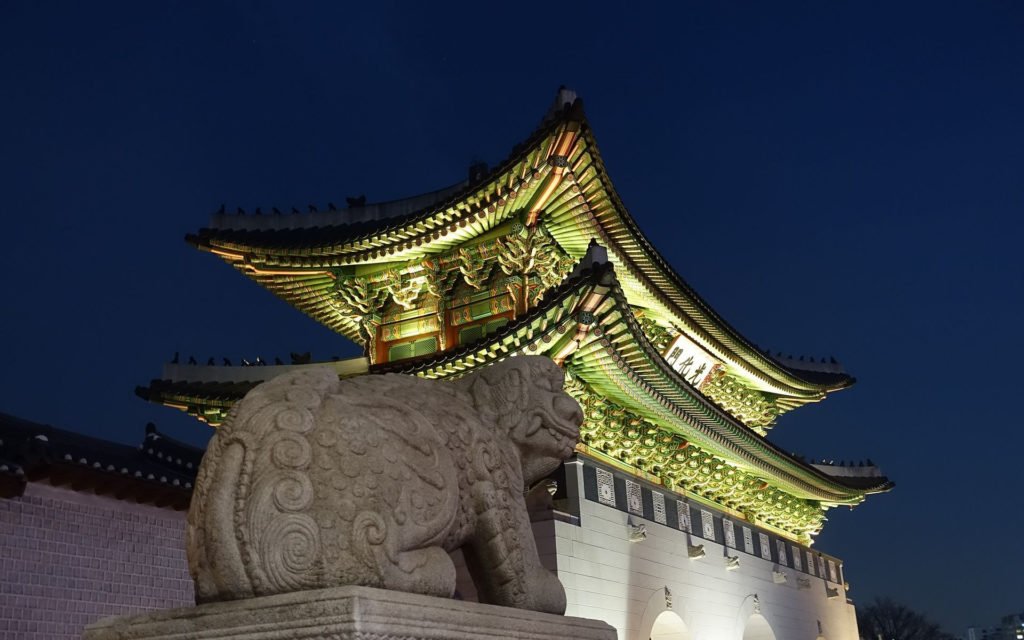 The financial tech company that founded ICX, Dayli Financial Group, is worth over $4 billion and many claim they are the owners of Coinone, a major Korean exchange. The purpose of ICX is a pivot platform that leverages dApps and incentive scoring to fill any gaps in a compatible blockchain network. ICX has a next level blockchain with a decentralized exchange embedded within it along with Artificial Intelligence actively running.

Even at 12x the market cap of GO, ICX is still far undervalued in comparison to ETH or NEO. ICX should see major gains with the Korean markets building steam and the overall crypto markets building momentum. ICON has a decentralized exchange for OTC exchanges, they were created by one of the largest financial groups in South Korea, and they are an ERC20 token that connects multiple community sidechains, enabling cross-platform data and value communication.

Ethereum 00 has taken a notable beating the last few months as many cryptocurrencies seemed to be turning a corner. With a market cap of $20 billion, this crypto has a market cap 100 times larger than ICX’s which has a market cap 12 times larger than GoChain’s. This is why when comparing ETH to the other 2 it seems as though both ICX and GO are likely to generate much higher returns than ETH. Ethereum was one of the most notable stories of 2017 and 2018 but with 13 tps, thousands of ICOs that already used your blockchain, and tech scalability concerns, traders are likely to see bigger returns from ICX or GO instead.

Their market saturation, penetration, and brand awareness are far greater than GO or ICX. The co-founder of Ethereum, Vitalik Buterin, is one of the most notable names in cryptocurrency. However, the technology supporting both GO and ICX was developed after watching the issues arise with ETH’s technology. This advantage in development timeframe could allow GO and ICX to leapfrog Ethereum when it comes to attracting ICOs in the future.

Nevertheless, ETH remains relevant as more and more ICOs continue to use their blockchain and raise funds in Ethereum. This is the predominant factor driving the ETH boom of late 2017, early 2018. However, now that ICOs have all but halted, the price of ICO related cryptos has also plummeted. ETH, having the highest market cap, took one of the worst beatings, falling from $1,200 to under $200.

Brand recognition and “Ethereum” awareness make ETH still exceptionally relevant. There are literally billions of dollars built into the Ethereum name regarding their community and presence in the crypto space. This value is “priceless” (well in the billions) and because of this, they remain the second largest cryptocurrency by market cap.

Pending a marking recover, ETH is likely to appreciate similarly to the rest of the cryptocurrencies in the space. However, smaller market cap coins with better tech, motivated teams, and well-founded partnerships should lead the charge as far as returns are concerned.

Waiting for the Market to U-Turn

GO seems to have the best technology with a live mainnet and the lowest market cap by far having completed their ICO in the middle of the bear market. With one of the strongest teams on paper and a market cap that is 12x smaller than ICX and 1200x smaller than ETH, they’re well poised for returns that would make the ‘moon’ seem close (Prediction 10x).

ICX will likely gain major momentum with the Koreans beginning trading again and the Golden Holidays having concluded in the East. The ‘Korean Ethereum’ is only hibernating. When it is awakened, a $1 billion market cap could be well in reach (Prediction 5x).

ETH, though already the #2 Cryptocurrency by market cap, should build momentum in the next few months as well. ICOs should pick up again once countries finalize regulations regarding their raising of funds. This will allow the “brand name” to pick up where it left off, leading the next wave of the ICO craze (likely “regulated” ICO craze). This new wave of ICOs will lead ETH higher, but not like the returns likely to be produced by GO or ICX (Prediction 2x).

[Disclaimer: This views expressed in this article do not reflect the views of Bitcoinist and should not be taken as financial advice.]